4 Mistakes Made by New Vegans

1)   You believe everything that comes from the mouth of a vegan or a raw vegan is truth.

Now, I can totally understand how this happens—once you go vegan, you naturally start to question things. Especially institutions. You question the financial system and start to see how rapacious the banking industry is. You question the pharmaceutical and medical industries and learn they only make profits from sick people; not healthy ones. You question the agriculture industry and learn how the industry heads at GMO companies like Monsanto are also the ones policing the food supply over at the FDA. This questioning leads many to a conclusion that isn’t entirely wrong: We’ve been screwed… many, many times. In many, many ways.

This feeling of complete betrayal causes us to seek solidarity and answers from like-minded individuals. People with no ulterior motive. Vegans, like us.

But let me get this out of the way: vegans can be wrong. They can be ridiculously, truly, minisformed.  Sometimes their understanding of nutrition can be laughably illogical (especially raw vegans, for as much as I love them). I’m not going to single out a particular person or group; but one explained on a YouTube video that waking up to go to the bathroom—sometimes twice in one night—is (and should be) normal… instead of being a sign of sugar imbalance caused from eating too much fruit. I could write a lengthy list of such unproven quips made by vegans and raw vegans.

To some extent, I understand why it’s easy for vegans to adopt unconventional views of nutrition. Today’s “norm” is obesity, heart problems, and cancer. Today’s “norm” tells us pills and surgery are the remedies instead of a sound diet. Given how little training doctors receive in nutrition (I think it’s something crazy like less than a semester), I can see how a nutrition guru’s words might provide more comfort and reassurance. But unconventional is not always right, either. 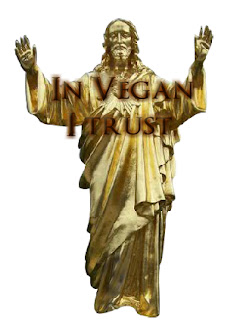 I think that deep down, all of us wish for a person who’s right, who has all of the answers. It’s easier when we can rely on the advice of another person and know that it will work 100 percent of the time. But health? Nope. Not that simple. No one has all of the answers; nobody is right all of the time, especially when it comes to your body’s needs. The body’s needs are not the same across people. My needs as a vegan in India differs from a vegan in Norway—I don’t need as many foods with vitamin D because there’s more sunshine, as one small example. Even what I need on a weekly basis changes depending on my hormones; some days I need more iron and magnesium.

My point is, many vegans make the mistake of overthrowing their old views spoonfed to them by one authority and taking on the views of another. I know I did that—David Wolfe was my idol for a while. I believed everything he said. Then, I thought some of the postmodern raw vegans were the gurus. Now who do I think is the guru? Me. I’m not right all of the time; far from it. But I’d rather rely on myself and get it wrong, slowly perfecting myself through trial and error, than being the guinea pig of someone else’s interpretation. My advice? Be your own guinea pig, too. Absorb everything other vegans have to suggest, and then take it or leave it depending on whether it works for you. Here’s how to know if it works for you: if it brings you joy, keep doing it. If you feel deprived and miserable, don’t keep doing it. Simple.

2) You obsess about doing it perfectly.

New vegans are astoundingly earnest in their quest to go vegan. If they decide they want to abstain from animal products, they go at it with a zeal only rivaled by Nikola Tesla in his quest to manipulate electricity. Unfortunately, it’s very easy for vegans to become overly restrictive at the expense of relationships and every day enjoyment.

Again, I use myself as an example: I remember when I was committed to raw veganism and my husband suggested we go out to a restaurant with some friends we hadn’t seen for a while. My very first thought was about food. I felt anxiety over having to reschedule my “normal” dinner (giant salad with fruit) to accommodate a different meal. This shouldn’t be the case. Eating should be pleasurable and effortless.  And unfortunately, being in a very non vegan world requires compromises. It requires getting in cars and busses made from leather. It requires taking anti-malarial drugs if you fall ill, even though they were tested on animals. It requires going to restaurants serving predominantly meat for a friend’s birthday, or smiling and saying thank you to a gift of a silk sari given by an unknowing relative.

New vegans also beat themselves up over their “lack of willpower.” If they’re raw vegan, they can be especially harsh on themselves if they’re experiencing cravings. But here’s what I think—cravings are not a sign of weakness; they’re a sign of a deficiency. These deficiencies can be rectified with some type of vegan or nonvegan item. But until you know what those are, and in what doses? It can be downright demoralizing. The solution to people fighting cravings shouldn’t be to “stay strong,” it should be to “stay vigilant” and even, “stay flexible” so you avoid throwing the baby out with the bath water. Here’s what I mean: instead of urging a person to stay vegan if they’re craving meat, it’s far better to first extricate the emotional attachment to it (ie, “do you crave meat because you’re upset and it reminds you of your mother’s celebratory dish made when you got good marks?”), then to suggest possible vegan solutions (“are you craving protein? If so, eat chana. Calcium? Try adding more tofu, etc”). And if neither of these two things solve the problem? I’d sooner suggest the person have a lean piece of meat with a plate full of vegetables than dogmatically insist they stay the vegan course. With the former solution, they’re less likely to say ALL of veganism is wrong and rubbish than they are to accept veganism as the ideal, but acknowledge they’re still figuring out the best way to get there.

3)   You believe veganism will guarantee happiness and bliss, all the time.

People often mistake the end destination as the thing that will make them happy instead of the journey. Like, “when I have enough money,” or, “when I graduate I’ll be happy.” Vegans and raw vegans especially chase that illusory bliss, awakening and enlightenment “guaranteed” from adopting this diet.

Again, I understand how this happens. I can safely say that my vegan diet has fundamentally changed the way my brain works. While it’s impossible to know how my 20-something brain would have been perceiving reality on a meat-eating diet, I can say that I personally have more lucid thoughts, I’m more creative and less linear, healthier and easier going than 7 years ago. Veganism works wonders.

Veganism also does guarantee happiness and bliss in roundabout ways, like, you fit into smaller clothes and you reduce your risk of diseases. Those are pretty dang blissful.

But… 100% vegans and raw vegans have bad days. And it’s not from them “detoxing” all of the time, either. You can have the absolute perfect diet regiment of optimal nutrition, and you will still experience the following negative emotions from time to time: jealousy, anger, irritation, listlessness, fatigue, despondence, loneliness, annoyance, fear, and frustration. Diet is a great tool to help you manage life, but it doesn’t solve all of its problems. No food plan excludes you from being human. I’ve found that a vegan diet greatly reduces how often I feel negative emotions, but they haven’t eliminated them. They can’t eliminate them. Negative emotions are useful, after all. Negative emotions serve an incredibly beneficial purpose, because they tell us what we need to be doing differently. Negative emotions are some of the best ways to create change and shifts than any other force. Negative emotions should be embraced instead of seen as a hindrance, embarrassment or a sign of failure on our end.


4) You judge others, overnight, who “no longer understand you.”

Imagine if you’re walking on a road with some friends. You’re all chatting, having a good time. Suddenly, one of your friends darts off into the field, far away, and screams at the group: she yells, asking why they’re walking along that road and why they can’t come over to where she is instead. A lot of new vegans become “that” friend who just suddenly ran off into new, unexplored territory.

Screaming at people to come join you and condemning the old path will not make you more persuasive or pleasurable to follow. You’ll first have to explain the amazingness of this new field where you are (how great the food tastes, the health benefits, how you’re saving the planet), why you’re choosing a different route from everyone else, and how you should be trusted/why it’s your right to explore such new places even if it’s all on your own.

If the people you love and trust “no longer understand you,” it’s because you haven’t done a good job of explaining your surroundings. Or, it’s because you’re not so sure if you want others to join you—maybe you’re worried your new field as snakes in the grass you don’t know about (ie, you’re worried you’ll fail at veganism), or you want the pretty wildflowers in the field all to yourself (ie, you don’t want to share veganism because you want to claim it as “your” label; the thing that makes you special). With the people who matter, the only walls built between you and them are the ones you’ve built yourself. Break those walls down. Build bridges instead. I know these are ridiculously corny analogies, but seriously—no playing the vegan victim. Or the vegan preacher everyone loves to hate. Veganism isn’t a new hipster jacket for you to wear like the latest fashion—it’s for everyone, and should be as dependable as a comfy pair of socks.

Posted by Catherine Reddy at 10:21 AM