All About Ceylon Gooseberry

The Ceylon gooseberry has several names as a reflection of its many habitats. Other names of this maroonish purple fruit include kei apple, ketembilla, Puerto Rican cranberries, and tropical apricots. However, some of these names refer to a hybrid that’s between the hairy Ceylon gooseberry described herein, and a milder fruit known as the Abyssinian gooseberry.

Origin of Ceylon Gooseberry
As its name suggests, the fruit is native to Sri Lanka and possibly parts of southern India. The book, “Fruits of Warm Climates” credits the famous botanist, David Fairchild (1869-1954), with the fruit’s introduction to the US, and consequently, Hawaii and Honduras. The aim of introducing the fruit to Hawaii was not to bring a wondrous fruit, but to serve as a hedge plant that kept cattle away from valuable sugar cane plantations.

Today, the fruit grows in Israel, Florida and Hawaii of the US, and limited parts of Central America, and South Africa. It is also naturalized in Puerto Rico. 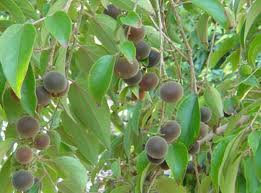 Availability of Ketembilla in India
The Ceylon gooseberry grows in the south of India, but it’s not a well-known fruit outside of the regions in which it inhabits. In warm temperatures and humid soil, even small trees are prolific growers. For instance, one 15-foot tall tree can yield up to 40 kilograms of fruit per year.

Where to find Ceylon Gooseberry in India
Ketembillas are extremely difficult to find outside of South India’s low elevations, as they serve no commercial purpose. Birds have greater attraction to the fruit than humans, and ketembilla preserves do not appear on the shelves, either.

Checking for Ripeness in Ceylon Gooseberry


Unripe Ceylon gooseberries are pale green to orange, and become dark purple when fully ripe. Ketembillas are one of the few fruits that are most palatable when slightly wrinkled, as this indicates that the sugars have concentrated. Few eat the fruits raw on account of their bitterness. That said, it’s best to use half-ripe fruits for jam and preserve recipes. 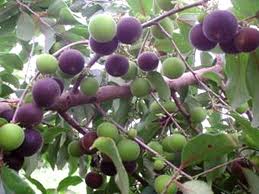 Taste of Ceylon Gooseberry
This fruit isn’t the most pleasing to the palate for several reasons. One factor is the small, fine hairs growing on its purplish-bronze skin. The fruits are also known for their bitterness, sourness and strong acidity. Its skin is especially acrimonious. Some liken the taste to an “astringent apricot,” while others liken it to a cranberry’s. Ceylon gooseberries are seldom consumed raw; instead, they’re used to make jams, juices and preserves—around World War II, Floridians grew the fruits exclusively for this purpose. Every fruit contains roughly 5-9 small hairy seeds.

Nutritional Value of Ceylon Gooseberry
As per a Purdue University horticulture article, the nutritional information of ketembilla per 100g of edible fruit ranges as follows:

Health Benefits of Ketembilla
Like most dark, purple-skinned fruits, Ceylon gooseberries are high in antioxidants and polyphenols.

--According to a 2007 study published in the Journal of Agricultural and Food Chemistry, Dovyalis fruits have 10 anthocyanins and 26 carotenoids. The American Dietetic Association explains in their book, “Complete Food and Nutrition Guide” that dark-skinned fruits offer the following health benefits:
--Anthocyanins are anti-aging compounds that boost memory, improve urinary tract health and reduce the risk of cancer.
--A Pennington Nutrition Series article explains anthocyanin pigments have been used in folk medicine to combat diarrhea, control microbial infections, and rectify vision problems. Furthermore, the pigments inhibit tumor growth and cancer cell growth.


--When studying the effect of anthocyanin-rich juice (like grape juice), scientists found that the compounds reduced the risk of risk of heart attacks. The compounds also showed anti-inflammatory effects, boosted capillary strength, and inhibited platelet formation.

How to Open/Cut Ceylon Gooseberry:
Cut the fruits in half and scoop out the flesh. It’s best to remove Ceylon gooseberry’s skin before consuming on account of its irritating, small hairs. Removing the fruit’s hairy seeds isn’t necessary: They’re soft and have a negligible taste.

For syrups and jam recipes, blend and strain the pulp to achieve the smoothest consistency.


Keep fruits at room temperature until ripe. When they become soft and slightly wrinkled, store them in the refrigerator to halt the ripening process. Ceylon gooseberries will ferment after only a few days in cold storage, so consume or process the fruits quickly.

Ceylon Gooseberry Recipe Ideas and Uses:
--Hawaiians use a cross-version the fruit (the tropical apricot) to create a lovely spiced jelly. It’s also common to mix the fruit with other local produce to make concoctions like ketembilla papaya jam or ketembilla papaya sauce.
--Make Ceylon gooseberry jam by simmering whole fruits in sugar water for 10 minutes: For every 1 cup of fruit, use 1 cup of water and 2 cups of sugar. Strain the pulp in cheesecloth, and add pectin and lemon juice as desired. Boil the sugary liquid and stir continuously until the texture has a jam-like consistency. Transfer into containers and cool.
--Chefs in Hawaii create purees, salad dressings, chutneys, dipping sauces, pickles, soups, wine, brandy and BBQ sauce from Ceylon gooseberries. Reduce the fruit into syrup, and then use it as the base for these various concoctions.
--Juice ketembillas by washing the fruits, halving them, scooping out the pulp, and then blending with water and sugar. Strain the contents with a fine sieve. As a reference, every pound (2.2kg) of fruit will require approximately one cup of sugar and two cups of water.
--Experiment with substituting Ceylon gooseberries in any recipe calling for cranberries.

Note: the warming spices counteract the fruit’s astringency, and are best suited for ketembilla reductions and jams.

Random Facts:
Israel suspended commercial cultivation of this fruit during WWII on account of a sugar shortage. This prevented the country from making jams for export. 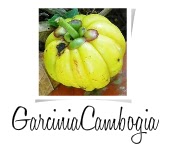 Posted by Catherine Reddy at 12:43 AM