All About Jambolan in India


India can claim jamun as its own. The astringent, purple-skinned fruit is also native to Nepal, Pakistan, Sri Lanka, Indonesia, Bangladesh, and the Philippines. Today, the fruit grows throughout parts of South America, Africa, the Caribbean, and much to the dismay of the US Department of Agriculture, the state of Hawaii.

Jamun holds a firm place in Indian literature and religion. In Hindu mythology, Rama lived on jamun for 14 years after his exile from Ayodhya. Additionally, Krishna’s blue skin is described like the jamun, which is perhaps one reason why temples honoring Krishna also house a jamun tree or two.

Another text states how the Puranas split the cosmos into seven continents. The center continent housing humans was the island of jamun, or, Jambudweep. At the earth’s epicenter was a single jamun mother tree that produced fruits so large that, upon falling, gushed life-giving rivers. 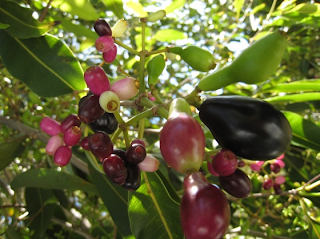 Availability of Jamun in India
Jamun is a low-maintenance tree that grows throughout India’s tropical and subtropical regions. Its distribution isn’t limited to any specific region—it grows from the North’s lower Himalayas to the southernmost point of Tamil Nadu. The drought-resistant plant needs dry weather when flowering, but adores the rain when fruiting.

Jamuns flower in February and March, and bear fruit from May through July. Some jamun varieties have a second season in October.

India cultivates several types of jamun, each varying subtly in their size, flavor and appearance: North India grows a large, dark purple variety called “raja jamun,” which is the country’s most popular cultivar. Gujarat cultivates a large type, “paras.” Varanasi has a seedless variety, and other regions grow the katha cultivar, which is small and seeded.

Delhi has a special relationship with jamun: as described in Pradip Krishnen’s book, “Trees of Delhi,” jamun fruit trees line the capitol building. Instead of leaving the fruits to spoil, the city auctions off the rights to collect and sell the fruits. This system also prevents fighting and pilferage amongst the local vendors. 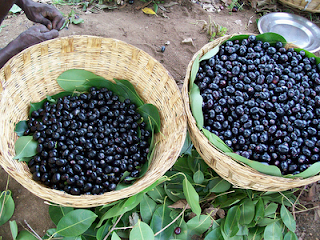 Where to find Jamun in India
When in season, jambolan sells in local markets near the trees on which they grow. Sellers purvey them wrapped in simple newspapers, in wicker baskets, and displayed on large leaves. Much to the delight of jamun distributors, the fruits fetch high prices.

Jamuns only last for two days at room temperature. Thus, transporting the fruit to distant markets is nearly impossible on account of its high perishability. It’s also not possible to pluck the fruit when semi-ripe to prolong its shelf life, as jamuns do not ripen once picked from the tree. Much of India’s jamuns go to waste during rainfall and from the sorting process.

Checking for Ripeness in Jamun


On the tree, jamun changes from green to red. The fruit ultimately settles on a rich purple color when at its peak. Jamuns do not ripen uniformly and as such, require consistent plucking. 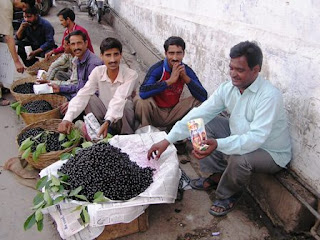 Taste of Jamun
Jamun is like grape’s sulkier, moodier, brooding cousin. Not everyone who tastes the fruit falls in love with it, particularly because of the fruit’s astringent, metallic notes. These accents are especially present in its dried form.

Fans of jamun, on the other hand, appreciate the fruit for its earthy, mild, spicy flavors. When ripe, the fruit loses some of its astringency and becomes slightly sweet. Jamun possesses seriousness and complexity not found in grapes or many other fruits.

Health Benefits of Jamun
Jamun fruit, leaves and bark have been used extensively in Indian folk medicine for centuries. They act as a diuretic, astringent, and assist the intestinal tract with digestion and prevent gas. When issued with vinegar, the fruits combat spleen enlargement, and sooths sore throats when gargled. Topically applied jamun pulp also treats scalp ringworm.

The leaves, flower buds and blossoms also have medicinal functions. They have been used to treat dysentery and diarrhea. A mouthwash concocted from the bark treats ulcerations, stomatitis and spongy gums. The bark also treats burns when mixed with ash and water.

The seeds are some of the most widely marketed part of the jamun tree: when crushed and powdered into tablets and ingested orally, the pills lower blood sugar and blood pressure. Some doctors in India prescribe jamun for their diabetes patients for precisely these benefits.

Scientific studies also show incredible health benefits of jamun fruit:
--Integrative Cancer Therapies published a study revealing that jamun extracts protected mice from radiation-induced DNA damage
--Liver International published a 2012 study indicating that jamun’s antioxidant and anti-inflammatory properties may be beneficial in the treatment of cholestasis and other diseases involving liver inflammation.
-According to a study published in Brain and Development, jamun extracts possess anti-amnesic activity when tested in rats.
--A study published in the Journal of Pharmacological Sciences affirms jamun’s traditional use as an anti-diabetic agent: seed extracts administered to rats showed positive effects on insulin levels. A 2011 study published in Diabetes Research and Clinical Practice also reveals antidiabetic properties of leaf extracts based on tests conducted on patients with type II diabetics.
--The Journal of Ethnopharmacology published a study that shows jamun seed’s potential as a chemopreventive agent against oxidative stress and genome damage 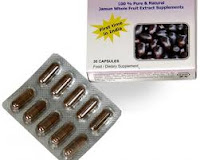 Storage:
Jamuns should be refrigerated immediately. Otherwise, they will perish within two days. If stored in the refrigerator in a perforated bag, jamun can last up to three weeks.

Like grapes, jamuns develop mildew easily if compacted too tightly. Keep the fruits loosely packed and ideally in no more than a single layer. Place a paper towel underneath jamuns as well.

Jamun Recipe Ideas and Uses:
--Jambolan wine is produced in Goa. Making wine from the fruit is an ancient practice, with records of the process dating back to ancient Sanskrit texts.
--Infuse jamun in vodka
--Juice is one of the most common creations of jamun. Mixing the fruit with grape and apple juice is a standard method of combatting the astringency of the fruit as well.
--When fermented, jambolan makes a mild tasting, pleasantly aromatic vinegar
--If using in pies, jams, and tarts, let the fruit soak in salt water before hand, or prick each fruit and rub it in salt.
--Jamuns can be baked for torts and pies
--For jams, it’s best to use a pectin-rich fruit to aid the texture. Though guava is a popular addition, ketembilla’s flavor is a better match for jamun. The ratio of fruit to sugar is 1:1. Thus, add 1 cup of sugar for every 1 cup of fruit. Add slightly less water than the amount of fruit on hand.
--Jamun is often made into syrup called “kala khatta” for use in sweets, sauces and beverages. To make, puree de-seeded jamun pulp. Separately, mix jaggery, cornstarch, and milk alternative on the stove. Bring to a simmer on low heat. Once thickened, fold in the pulp.
--Though it’s possible to make yogurt and ice cream from the fruit, a common critique is that the dairy mitigates jamun’s essential flavors. Thus, ice cream recipes often result in a bland, purple concoction.
--Blend jamun with apple and grape juice; freeze into popsicles for a cool summer treat
--Make a jamun cocktail or mocktail by boiling whole jamun and sugar water until the fruit has softened. Strain, and press the pulp through a colander to de-pit the fruit. Blend the remaining juice, pulp, skin, and some lemon juice until smooth. Add grenadine, cherry syrup, or cranberry juice. For an alcoholic cocktail, use gin, vodka, or rum.

In Suriname, women allegedly take baths with jamun leaves after childbirth to restore the size of their vagina. How well this works has not yet been scientifically tested.

In 2012, Indian scientists determined that the cost to produce a 650 mL bottle of red jamun wine is 73 rupees (approximately $1.20) 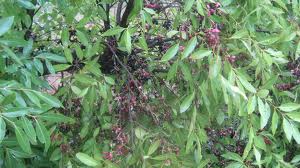 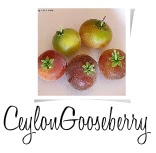 Posted by Catherine Reddy at 12:54 AM