All About Bhallataka in India

Marany nut is a beautiful yet potentially deadly plant. Despite its darker side, this nut has been used for hundreds of years in traditional medicine. The dual nature of the Bhallaataka is worthy of exploration.

Origin of Marany Nut
Marany nut is indigenous to India, specifically the base of the Himalayas throughout the Coromandel region. It grows in these areas today at an elevation up to 1,000 meters.

Availability of Bhallataka in India
Though Bhallataka is found throughout India, it grows in abundance in the regions of Assam, Madhya Pradesh, Khasi Hills, Konkan and Gujarat. In the south of India, the plant thrives in moist, deciduous forests. 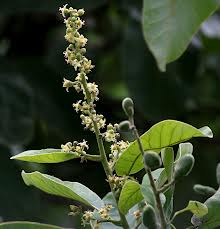 Where to find Marany Nut in India
Unless foraging throughout the forests of these regions, procure these nuts in Ayurveda health stores or purchase them from Indian manufacturers. It’s best to buy treated bhilawa, as the juices in their raw form can be quite toxic.

Taste of Marany
The “false” fruit (the orange egg-shaped piece attached to the actual, cashew-looking fruit) is edible. But, like the cashew apple, it is not often consumed.

The black, resinous “true” fruit attached to the orange segment is what is harvested for medicinal purposes. Like the cashew, this black segment is toxic in its raw state and should not be touched or ingested. When prepared properly (ie, heat-treated), its taste it astringent and blister-causing. Whole marany fruit is not meant to be eaten in one sitting. Furthermore, because of the probability of incurring mouth blisters or having a severe allergic reaction, this part of the fruit should not be consumed unless under the guidance of a qualified practitioner—the “true” fruit and its juice are incredibly medicinal despite these risks.

In its prepared form, the black, resinous oil of the fruit is bitter, greasy and not very appetizing. The oil is typically mixed with betel leaf, added to milk or in coffee as a way of helping the medicine go down.

The kernel inside the fruit has a much more pleasant taste resembling almonds. If more marany kernels are available than almonds, locals often use marking nuts as a substitute. Use caution when eating the kernel—ensure the black resinous oil has been thoroughly cleaned from the nut before consumption.

Health Benefits of Bhallataka
Bhallataka has a number of traditional medicinal applications. Ayurvedic sages including Maharhi Charak and Susruta touted marany nuts as a relief for a number of ailments. Such remedies are ill-advised for the eldery and pregnant women, and bhallataka does not agree with all constitutions. According to the book, “Medicinal Herbs with their Formulations,” bhallataka offers the following benefits:

--When mixed with coconut or sesame oil and applied topically, bhallataka treats wounds and skin infections. Some add garlic and onions to the concoction as well.
--Mixing bhallataka with Shorea robusta makes a good salve for cracked skin, including elbows and feet. The bark and fruit have also been used to treat leprosy, dermatitis, bites and leucoderma.
--Bhallataka oil has been used to treat arthritis for joint pain and as an analgesic on painful fresh wounds.
--Ingesting a few drops of the oil is believed to remedy diarrhea, piles, colitis, expel worms, treat stomach ailments, cleanse the bowels and even shrink tumors
--Mixing marany nut with milk and jaggery is used to treat hemorrhoids, tumors, eczema, worms, sciatica, rheumatic problems, brain issues, and strengthen nerve tissues.
--Bhallataka has been used to boost sperm production and male libido for centuries. It also treats several venereal diseases such as syphilis. For women, bhallataka is an ancient remedy for painful and abnormal menstruation, as well as uterine inflammation. This fruit should be used with caution, as some have claimed it to be an abortifacient.
--Bhallataka treats lung inflammation and ameliorates coughs and colds

Note: Interestingly, Ayurveda supports using only marany nuts that sink when placed in water, and not ones that float. Though a study published in the “International Journal of Ayurveda and Allied Sciences” have determined physical and chemical differences in floating and sunken nuts, it’s not yet determined what therapeutic differences, if any, are evident between the two types. 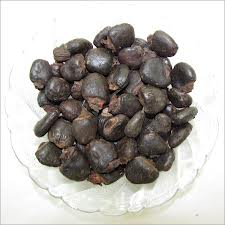 The scientific community has discovered astounding properties of marany nut, and has also affirmed several of its traditional application:
--According to studies published in 1999 in “Fitoterapia” and the “Journal of Ethnopharmacology,” nut milk from bhallataka exhibited anticancerous and hapatoprotective qualities.
--The results of a study published in the “Internet Journal of Alternative Medicine” indicate that fruit extracts in moderate dosages have potent protection properties and repairing agents in myocardial damage.
--The “Journal of Dietary Supplements” published a study revealing marking nut’s antidiabetic and antihyperglycemic qualities. A study in the “Evidence Based Complementary and Alternative Medicine” goes on to report that marking nuts improve energy production and glucose metabolism in diabetic rats.
--A study published in the “Latin American Journal of Pharmacy” supports marking nut’s traditional use as a remedy for asthma and as an antiallergenic agent.
--According to a 2007 study published in “Vascular Pharmacology,” nut milk extract from bhallataka ultimately prevented tumor growth and cancer migration when tested in mammary carcinoma rats.
--A 2004 study published in “Biological and Pharmaceutical Bulletin” affirms marany nut’s use as an anti-inflammatory remedy for arthritis when tested in rats. 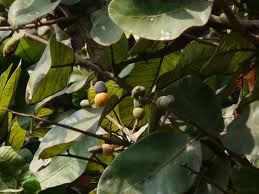 How to Open, Cut and Prepare Bhallataka:
Preparing marany nuts requires extensive knowledge of the plant’s anatomy: some parts are deliciously edible, while others—like the juice—can cause death within a day of ingestion if not prepared beforehand. Do not handle or consume marany nuts without advice and supervision.

The golden, orangeish-yellow, egg-shaped part of the fruit is edible and can be consumed like a cashew apple. This part of bhallataka requires no preparation and can be enjoyed immediately.

To roast the marany nut, twist off the cashew-shaped piece from the fruit and dry. Sun drying takes a few weeks: The most recently fallen nuts take the longest to sun-dry as a result of being the freshest. Once thoroughly dried, roast in high heat and stir constantly. The oil of the nuts is flammable, so keep the nuts under constant rotation to heat evenly and to avoid burning. Stir for approximately 10 minutes. Pour the batch onto a piece of sheet metal to cool. At this stage, the acid between the shell and the kernel is capable of burning layers of skin, so avoid opening. After cooling, crack open each shell and extract the nut one at a time. Each extracted nut is considered “raw” but edible. The nut may undergo further roasting for flavor.

Though mentioned before, it’s worth repeating: Unless one is under the supervision of someone who knows what they’re doing, it’s best not to open or prepare marany nut. Merely touching the raw black juice found between the outer fruit and inner edible kernel may cause blisters and lesions. Furthermore, the fumes from roasting the shell wafting towards the face can cause an outbreak of blisters and lesions upon contact. It’s also common for the batch to catch fire once roasting on high flames, and unless capable of extinguishing the nuts, it’s best not to attempt.

Usually, marany nuts sell in their already-roasted form, but their tasty edible kernels have not yet been extracted. This is because the therapeutic properties of bhallatakas are found in the fruit, oils and in the nut. Healers also prepare marany nuts in various concoctions of ghee, other oils, sugars, and other herbs and spices, depending on its end use. 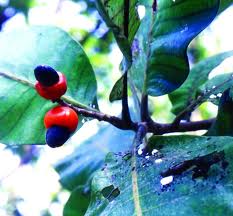 Storage:
If purchasing marany nuts, store in an air-tight container in a cool, dry place to avoid the oils turning rancid. Or, place them in the refrigerator where they’ll keep for up to six months.

Marany Nut Recipe Ideas and Uses:
Use properly treated marany kernels as one would for cashews and almonds.

Though bhallataka has several therapeutic preparations, it’s best to go to an Ayurveda healer for specific recipe ideas.

Random Facts:
Its name, “marking nut” derives from Europeans who used the nut as a pencil of sorts to leave an insoluble mark on the clothes needing washing. This application is also why marany nuts are sometimes called “dhobi” (or, launderers) nuts. Unfortunately, a common skin malady called “dhobi itch” is also due to coming into contact with the nut’s caustic oils. 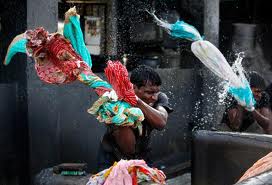 Posted by Catherine Reddy at 5:21 AM