Want to learn more about this lifestyle? This section's chocked full of scientific studies (to prove to your loved ones that you won't go blind, mute, or deaf in one ear as a result of this lifestyle), videos, material for distribution and more.

Yes, there ARE other amazingly talented vegan bloggers out there. A few Indian ones are here:

Tongue Ticklers by Harini. She's actually one of the best food photographers I've seen, though her focus is deliciously healthy Indian dishes with a healthy twist.

Vegan on the Prowl by Rithika, who makes sophisticated vegan Indian dishes and captures them beautifully.

Veganosaurus by Richa. I'm continuously amazed by her versatility in the kitchen, from baked goods to savory curries.

Below are links to a gallery of images with quotes and sayings related to vegan living. Click on the images below for more. Use and distribute freely! 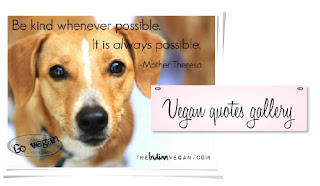 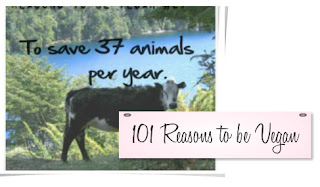 Yes, these are links to watch/stream the full-length movie. I understand that vegan videos are incredibly hard to find in this country without going through means such as these. If you watch these movies, please consider donating to the producers. Anyone who spends their livelihood spreading messages such as these deserves to be supported in whatever way possible. 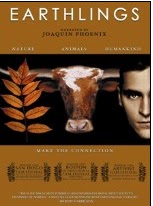 "Since we all inhabit the Earth, all of us are considered earthlings. There is no sexism, no racism, or speciesism in the term earthling. It encompasses each and every one of us, warm or cold-blooded, mammal, vertebrae or invertebrate, bird, reptile, amphibian, fish, and human alike. Humans, therefore, being not the only species on this planet, share this world with millions of other living creatures as we all evolved here together."

Please note: this movie contains graphic images. Incredible and heart-wrenching, but graphic nonetheless.
*Click the lower right part of the image to watch. 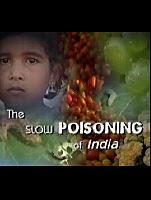 "Our greatest weakness may be food, but this mouthwatering meal may have around half a milligram of pesticides in it. If that has to be quantified, it is less than a pinprick. But do you realize that this would mean that you are ingesting pesticide that is more than forty times what an average American would consume?" 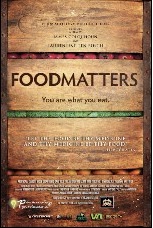 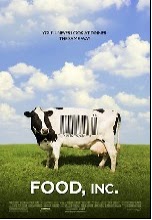 "There is a deliberate veil, this curtain, that's dropped between us and where our food is coming from. The industry doesn't want you to know the truth about what you are eating because if you knew, you might not want to eat it." "One thing you are going to learn about live food is that that's the diet that works the best. And what's the reason? When you cook the food, you lose 50% of the protein, 70% to 80% of the vitamins and minerals, and close to 100% of the phytonutrients." –Gabriel Cousens, M.D 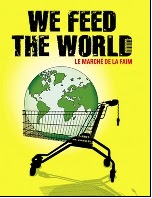 "When 100,000 people die of starvation it's said we can't feed them, or is it just that we don't want to feed them? From where does the money come from? From the poor! The rich won't let go of their money...That's how it is. And it's the same with food; we let them die so we can live..." 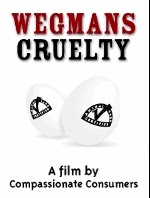 "In battery cages, hens do not have sufficient space to walk around or fully spread their wings. On our visits to Wegmans Egg Farm, we witnessed up to nine hens living in a space as small as filing cabinet. They are forced to live on a wire mesh floor, and are unable to perch or stand on solid ground. The hens are so crowded that they sometimes stand on each other. These conditions do not preclude Wegmans from using the Animal Care Certified Logo on their egg cartons." 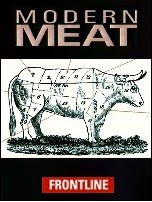 "Industrialization of our meat supply opened up a conduit for salmonella, for camphylobacter, for E. coli 0157 infections." 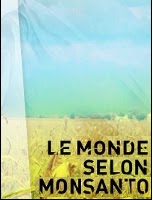 "There's nothing they are leaving untouched: the mustard, the okra, the brinjal, the rice, the cauliflower. Once they have established the norm: that seed can be owned as their property, royalties can be collected. We will depend on them for every seed we grow of every crop we grow. If they control seed, they control food, they know it – it's strategic. It's more powerful than bombs. It's more powerful than guns. This is the best way to control the populations of the world." –Vandana Shiva 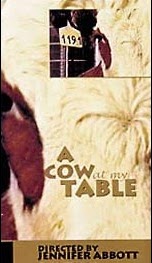 "The language that's used describes the animal strictly in terms of its profitability or as a living machine. For example, hens...female chickens that produce eggs, the industrial term is 'layers'. In the dairy industry they describe cows, especially high producing cows, as 'milkers'. They're not seen as animals; they're seen as a productive machine and described as such."

*This link shows the full feature film in parts 1-8.

"It is easier to change a man's religion than his diet."

*Note: this is a somewhat spammy site with popups... but it'll play the movie. Apologies in advance.

At 300 lbs, Joe Cross is ready to experience a health transformation. Using all-natural foods, he undergoes a personal mission to revitalize his health and dramatically drop weight. Joe trades hamburgers for juicers in this quest for a better life.

*This too goes to a link that will cause pop-ups. Click "continue as a free user" followed by "play" and you'll get to the movie.

For more amazing documentaries related to health, please go to the following websites (click on images). These sites provide a wealth of free, streaming movies on a variety of eye-opening topics. Forget going to the Leather Bar; watching documentaries is one of my absolute favorite ways to spend a Friday night.


Buddhist monk Thich Nhat Hanh discusses the power of mindfulness. By being aware of the present moment and choosing the most nourishing foods for our bodies, he explains how we can become healthier eaters.


Daphne Miller highlights how a person's native cuisine is often the healthiest. Meaning? Don't give up on eating India's locally-grown, healthiest dishes in favor of high-fat, high-processed GMO fried chicken!


Gary Yourofsky gives compelling reasons to actually get out there, care, and get involved in ending the exploitation of animals. Whether or not you agree or disagree with his tactics does not negate his powerful message. Well worth a listen.

T. Colin Campbell did groundbreaking work in his book, "The China Study." Packed with scientific information, charts, and solid nutritional analysis, his book offers some of the strongest arguments for adopting a vegan diet.

Will we be restricted to a vegetarian diet by 2050?

Posted by Catherine Reddy at 9:03 PM