All About Mowha in India
Mowha’s Sanskrit name, madhuka, means “sweet”—unsurprising given the sugary flower’s reputation. Though the fruit is used as foodstuff, it’s the bulbous flower that takes center stage for its many multifunctional purposes.

Origin of Mowha
Mahua is believed to be of Indian origin. Over centuries of evolution, the tree is exceptionally drought-resitant—it can withstand many conditions though it thrives best in deep, loamy soil.  Today, mahua is exceptionally diverse with no single variant. Though other countries grow madhuka, its primary home is India. 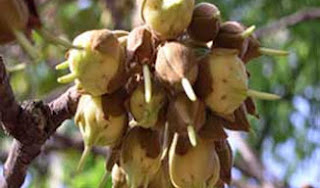 Availability of Mowha in India
Mowha flower is readily available, though it is seldom sold in produce markets. Rather, mowha trees can be found in villages or amidst a commercial crop.

Where to find Mowha in India
Though urbanites may not be familiar with this highly variable fruit, those in rural villages have exploited its many purposes for centuries.

Mowha is not often grown in the south with the exception of a few trees in Kerala, but the fruit grows prolifically in northern and central areas of the country. Specifically, mahua is found in Madhya Pradesh, Maharashtra, Chhotra Nagpur, Andhra Pradesh, Bihar and Orissa, and Gujarat.

Checking for Ripeness in Mowha
Mowha is green in its unripe stage and turns orange or reddish yellow when fully ripened. To extricate ripe mowha from the tree, simply shake the branches and collect the flowers. Seasonality for the fruit is during the months of July and August; the flowers from February through April. During the early winter months, villagers make a living harvesting the flowers for sale to local distilleries. 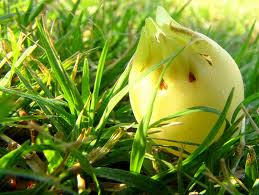 Taste of Mowha
Mowha’s astringency makes it a pungent fruit and not one that ranks highly on many lists. Birds and deer have a greater love affair with the fruit than humans. Nonetheless, the flower and fruit are consumed amongst locals for foodstuff and for medicinal purposes. Though the fruit’s skin possesses a strong bite, the pulp is sugary and is a rich source of carbohydrates.

The flowers of the mowha tree are sweet and perfectly edible; in fact, they are more often used for culinary purposes than the fruit itself. Some have likened their distinct, legendary smell to that of musky cooked rice.

Nutritional Value of Mowha
According to the National Institute of Nutrition in Hyderabad, India, the nutritive value of ripe mahua flower per 100g is as follows: 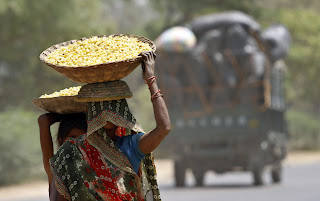 Health Benefits of Mowha
According to the book, “Indigenous Drugs of India,” mahua is highly therapeutic due to its tannin content. Traditionally, mowha has been used to remedy chronic ulcers, acute tonsillitis, spongy gums and bleeding of the mouth. The burnt leaves, when mixed with ghee, provide a burn salve. The bark is believed to combat diabetes, and the flowers aid bronchitis symptoms and relieve constipation and hemorrhoids. Healers known as bhumkas use the flowers to treat eye problems. When mixed with milk, bhumkas also use boiled flowers to aid in impotence.

As per a 2010 report published in the Indian Journal of Natural Products and Resources, madhua’s Ayurveda properties are as a coolant, an aphrodisiac, expectorant, carminative and as an galactagogue.

Few scientific studies have been conducted on madhua’s health benefits. Articles published primarily focus on the seed’s toxins and its potential as a biodiesel source:
--The National Institute of Nutrition published a study revealing that mahua seed oil caused sterility and reproductive problems in male rats. When the oil was removed from the diet, reproductive capabilities returned.
--Mahua’s  seed oil contains a mildly toxic compound called mowin. If the oil is properly extracted, mowin is a residue easily discarded. The Indian Journal of Experimental Biology published an article in 1996 explaining that livestock feed made from mowrah seeds must be thoroughly detoxified before served to animals. 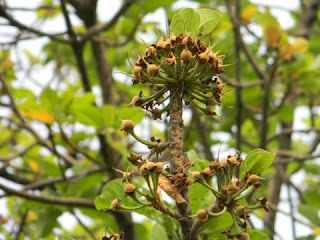 Mowha Recipe Ideas and Uses:
--Central Indian tribes use the oil from the seeds as a ghee substitute, thus perhaps earning its moniker, “butter tree.” A name for mowhra oil is “bassia oil.”
--In its oil form also known as illipe, the fruit is used in cakes and other baked goods
--The oil in the seeds have also been extracted to make lamp oil, cosmetics and soap
--The flowers are manufactured for alcohol production, though this is a tightly regulated business. However, in tribes across India, mahua is considered a sacred beverage.
---Mahua flowers are also the basis of several vinegar, honey and jam recipes. As a liquefied concentrate, the flowers may also serve as a sweetener for candy and cakes.
--The flowers may be crushed and blended for use in sauces and compotes
--Boiled mahua and tamarind make a sweet concoction used as a quick source of calories.
--Tribes use mahua for many purposes: the Kondhs of Kolnara make a dish from the boiled flower and bailo seeds. During scarce seasons, the Sabara tribe makes a pudding from the fruit’s “nut” inside. Furthermore, tribes dry and press flowers to preserve for up to 6 months for food and 2 years for wine or vinegar.
--In the Koya tribe, the wood is used to create a religious pyre. Otherwise, cutting branches is strictly taboo.
--Tribes in Bihar and Orissa boil tubers found under a kolo plant, mash it into balls, and then roll it in mahua fruit for enhanced flavor. 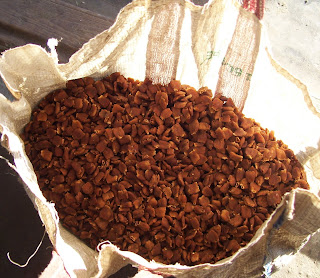 Random Facts:
In its alcoholic state, Felix Padel, the great-great-grandson of Charles Darwin alleges that mahua has a better taste and kick than scotch. He also asserts that mahua is better for health.

Posted by Catherine Reddy at 3:38 AM